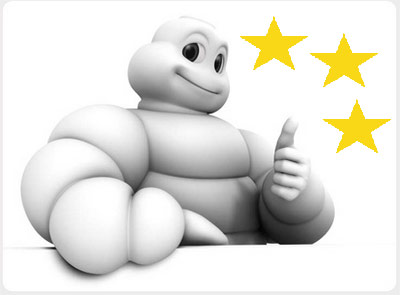 Villena restaurant closing next Friday, June 25, the initiative Gourmet “Dinner with Stars”, which has allowed six months with menus prepared by some of the most important chefs of Castilla y León, from the restaurants – all with Michelin-star Cocinandos (León), Ramiro’s (Valladolid), The Hermit (Benavente), El Rincon de Antonio (Zamora), Victor Gutierrez (Salamanca and Villena (Segovia). Eight chefs have combined their talents in six events gastronomic reference, which began in January and end on Friday June 25 in Segovia, and for the final race of our wines, the Rosado Calderona Elite, has been chosen to accompany the creations produced by the Michelin stars.

The Denomination of Origin Cigales introduced Wednesday in the city of Santander more than 70 pink and red of the 18 wineries that were present in the Wine Hall Hotel Bahia. The ceremony was attended by the president of the Cigales, Pascual Herrera Garcia, who highlighted the importance of acts like this “to continue to occupy a prominent place with the pink Cigales in this locality, and to raise awareness of the wide range of wines Tempranillo reds that are getting so much success in international markets . The heads of the 18 wineries were those which have a taste for wine industry professionals from the region of Cantabria, who attended this event which aims to raise awareness of Cigales reds that have achieved “an enormous recognition by critics and rediscover Cigales pink wines made famous in the area and who have taken the path of modernity, “explained sources Control Board.