The Horra is a municipality in the province of Burgos, located 76 Km. of the capital and 7km north of Roa, in the region of Ribera del Duero, to 802 m above sea level. The Horra is one of the leading nations in the cultivation and production-quantity and quality “, the famous Today wines protected by the Denomination of Origin “Ribera del Duero.” One of the samples we have in the proliferation and increase in modern wineries.

We lack specific data on the origin and foundation of the first wineries in the region, but the presence, and growing grapes in the Ribera del Duero is documented since ancient times . With the presence of the Romans (third century BC) was implanted vine stable, although pre-Roman peoples (vacceos and Arevaci) present in this region, cultivated vineyards.’s

La Horra has the honor of being the first town introduced in the range of Cabernet Sauvignon. Uva brought by the French Brother Martin Dumas from Bourdeos and following which he founded the first house of his congregation in the Horra. 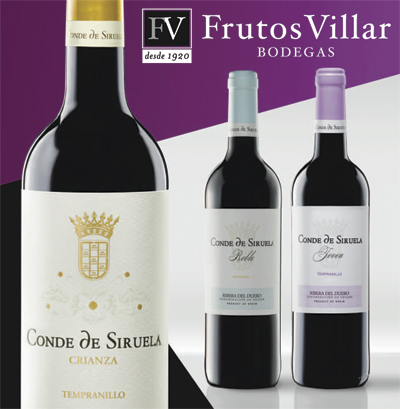